  Minha conta
Home > Blog > Uterine Diseases | Conditions that Affect the Uterus, Causes, Symptoms, and Diagnosis
Access Denied
IMPORTANT! If you’re a store owner, please make sure you have Customer accounts enabled in your Store Admin, as you have customer based locks set up with EasyLockdown app. Enable Customer Accounts

Are you familiar with the term pelvic organ prolapse or uterine prolapse? It is a condition when the uterus droops into the vagina due to various bodily stresses. There are various uterine diseases that are often less talked about though they affect a significant number of women worldwide. This article talks about the causes, symptoms, and treatment options for the most common uterine conditions.

Uterine fibroids are growths of uterine tissues and muscles that typically develop in women during their reproductive age. These fibroids can vary in size, ranging from minute growths to heavy, bulky masses. Women may also develop multiple uterine fibroids.

The exact cause of uterine fibroid is not yet known. However, clinical research suggests genetics play a role in fibroid growth. Fibroids can also develop due to factors like:

Uterine fibroids are often asymptomatic. If they are symptomatic, these are common signs and symptoms you will notice:

There are multiple treatment approaches for uterine fibroids.

Endometriosis is a painful uterine disorder that is characterized by the growth of the endometrium (the lining of the uterus) outside the uterus. The condition typically involves the ovaries, fallopian tubes, and the tissue lining the pelvis.

Medical science has not yet been able to find out the exact cause of endometriosis. Possible explanations are:

The common signs and symptoms of Endometriosis are:

3. Adenomyosis of the uterus

Adenomyosis is a condition that occurs when the endometrial tissues (tissues lining the uterus) grow into the muscular wall of the uterus. Though displaced, these tissues thicken, break down, and bleed during each menstrual cycle as they usually do.

The exact cause of uterine adenomyosis is not yet known. However, possible theories includes invasive tissue growth, uterine inflammation due to childbirth, and invasion of bone marrow stem cells can cause adenomyosis.

Adenomyosis often shows no signs or symptoms. However, some cases of adenomyosis can show symptoms like:

Adenomyosis can be treated with anti-inflammatory drugs and hormone therapy in mild-to-moderate cases. In advanced cases of adenomyosis, your doctor might suggest a hysterectomy.

Inflammation or irritation of the cervix (the end of the uterus that opens into the vagina) is called cervicitis.

Cervicitis can occur due to various reasons, such as:

Cervical Ectropion happened when glandular cells (cells inside the cervix) that are red and sensitive grows on the outside of the cervix. This condition is common during adolescents, pregnancy, and ovulation.

Cervical ectropion is a non-cancerous condition. Research suggests women can be born with this condition or develop it later on in their lives when higher levels of estrogen is present. Adolescents and pregnant women have more estrogen, thus these groups are more likely to develop this condition.

Most people do not require any treatment for cervical ectropion. In case of severe symptoms, your healthcare providers might prescribe you boric acid supplements. Some people may need more intensive procedures like Diathermy and Cryotherapy.

Cervical polyps are finger or bulb-like growth on the cervical canal.

Doctors suspects that cervical polyps can occur due to:

Take pain relive medications like Tylenol or Advil to relieve symptoms like menstrual cramps. It The safest option is to remove the polyp and sending it to a lab or testing to make sure it is not cancerous.

Malignant tumor growth of cervical tissues is called cervical cancer. They can be of two types: Squamous cell carcinoma and adenocarcinoma.

Most cervical cancer is caused due to exposure to various strains of the Human Papilloma Virus (HPV). Other factors like genetics, environmental, and lifestyle factors also play roles in the development of cervical cancer.

There are many uterine diseases, and it can be pretty overwhelming especially when people find it difficult to talk about them. This article has been created to help you become aware of the causes, symptoms, and treatment options available for different uterine diseases.

Supervising Doctor of This Article 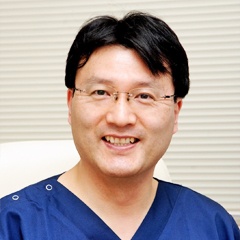 Professor Nagao specializes in plastic surgery in the field of reproductive medicine. He completed eight years of plastic surgery training at Showa University before majoring in urology at Toho University. With his meticulous surgical techniques and careful examinations that combines urology and plastic surgery, Professor Nagao became a Board Certified Specialist with multiple associations including the Japanese Urological Association, the Japan Society for Reproductive Medicine, and the Japanese Society for Sexual Medicine.

Difficulty in urination can occur due to various reasons such as anatomical abnormalities in the genitourinary tract ...
Read More

What Are the Early Symptoms of Uterine Prolapse? | Doctor’s Advice

Almost 50% of all women aged 50-79 have some degree of uterine prolapse or pelvic organ prolapse. However, this medic...
Read More

If you talk to women who have gone through childbirth, you’ve probably heard something about postpartum uterine prola...
Read More
Anterior Próximo
Invalid password
Enter